3. Diversity is the only way 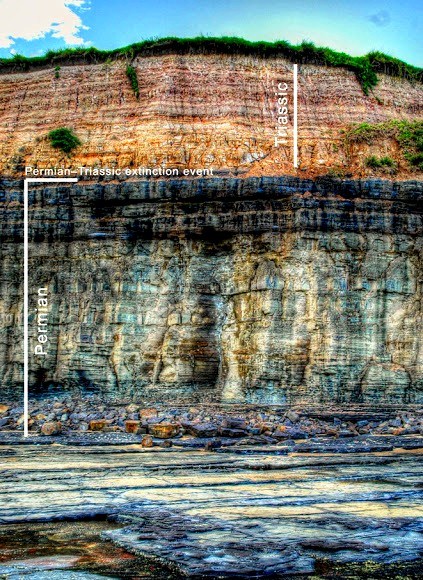 252 million years ago a chain of events produced the so called Permian–Triassic (P–Tr) extinction event — a catastrophe that affected so deeply the terrestrial ecosystem that it is conjectured “it took some 10 million years for Earth to recover” from it. Nevertheless, the Earth ultimately did recover from it, which led to so big a change in natural history that scientists had to clearly separate what was before from what followed — the Paleozoic (“Old Life”) from the Mesozoic (the “Middle Life”). Among the many important questions that raise when considering so catastrophic an event, some that I feel are particularly intriguing are:

In order to attempt to formulate an answer to the above questions, now I recall the following facts:

The three facts tell us, respectively, that:

A similar scenario can be drawn for very different stages. For instance, in computer systems, we could imagine that

What can we conclude from the above facts and analogies? That solutions that (appear to) work well in the “common case” are those that widespread more. Regrettably, this decreases disparity, namely inter-species diversity. Species that externally appear considerably different from each other in fact share a common trait — a common design template. This means that whenever the “common case” is replaced by the very rare and very dangerous “Black Swan”, a large portion of the ecosystem is jeopardized. In fact, the rarest the exceptional condition, the more widespread is the template and the larger the share of species that will be affected.

This provides some elements towards an answer to question Q1: yes, there were common triggers that ultimately produced the P–Tr extinction event by increasing the diffusion of the same “recipes” thus paving the way to large amounts of correlated failures. On the other hand, the Earth did survive the Great Dying and other extinction events. Why? My guess, which also constitutes a tentative answer to question Q2, is that Nature introduces systemic thresholds that make sure that disparity never goes beyond some minimum. The key ingredient to guarantee this is diversity: it is not by chance that mutation is an intrinsic method in genetic evolution. Mutation and possibly other mechanisms make sure that, at any point in time, not all of the species share the same design templates. In turn, this guarantees that, at any point in time, not all the species share the same fate.

The major lesson we need to learn from all this is that diversity is an essential ingredient to resilience. Spread the use of a “general solution,” and you will bring down diversity, thus decreasing the chance that the ecosystem will be able to withstand the Black Swan when it will show up.

And if the general solution has not been tested for long-term side effects, the black swan may show up much sooner than expected.

Relying on a general solution may not be the right solution. Picture from the Vergilius Vaticanus (c. 400), Public Domain, Link

By avoiding a single, global strategy, even when that strategy proves wrong or counter-productive, still the damage will not be global and full. The few that did not comply will be able to pass through the sieves of the Black Swan with limited damage.

This work is licensed under a Creative Commons Attribution-ShareAlike 4.0 International License.