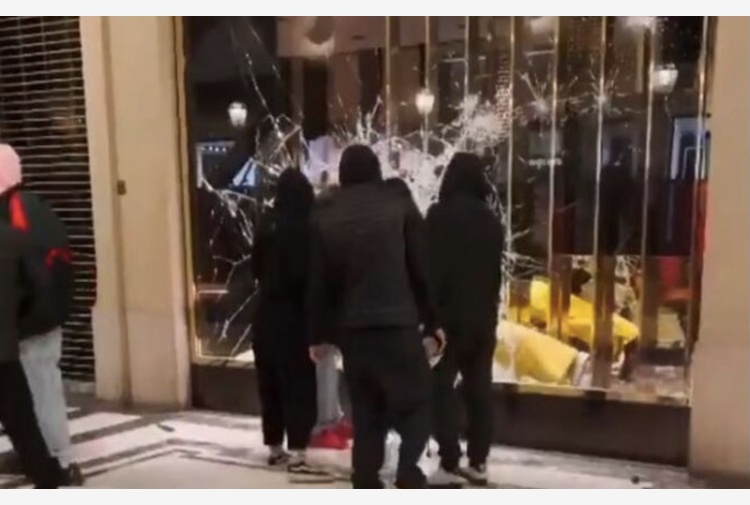 After the summertime in which the national government haven’t done anything good on the contrary the Italian government supported by the mainstream narrative has self-praised itself for the ‘Good Model’ on facing the covid pandemic a model praised internationally too. On this blog I’ve always reported about the Italian situation and the covid pandemic, despite the virus we had local elections on September, which initially were scheduled on last springtime at least have been postponed because of he lockdown, plus a national referendum which involved the entire Nation, this happened on the 20th of September just a month ago no restrictions at all, Italians gather together for voting and most of the actual regional governors have been re confirmed as it’s the case of Vincenzo De Luca of the Democratic party confirmed again as governor of the Campania region. Vincenzo De Luca or rather the sheriff, the man of order that always went on TV and got famous for his sparkling speech and supposed to be authoritative attitude on which too many Naples people have relied on believing it would have saved them from the deadly virus. Vincenzo De Luca regardless of the National Government imposed by his personal decision hard measures and restrictions, lockdowns and curfew that has provoked the people rebellions, like the virus, this anger accumulated and brooded throughout Italy has exploded, it was inevitable after the patience and the sacrifices made, the people now are pissed off. 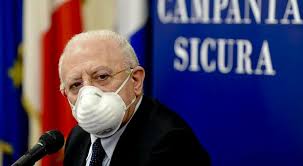 The National Government is the only responsible for the actual situation of social disorder and high tension, De Luca not happy asked to the government to impose another lockdown which means the suicide of the Nation, to all Italy, considering the violent reaction of the people of Napoli the government introduced an half lockdown measures translated it’s a clear Goodbye nightlife and free time. During the night Conte signs the new DCPM. The government then decides to close cinemas, theaters, gyms, swimming pools and ski resorts. Also stop at bars and restaurants after 6pm, even on Sundays and public holidays. The provision comes into force from Monday 26 October until 24 November. On a hand the owners of these business have lost huge of money during the first lockdown of March and furthermore have been forced to spend a lot of money to equip their business in order to prevent the virus spreading and of course to protect customers, on the other now in spite of all sacrifices with further new restrictions are giving the final coup the grace to a sector that gives to work to a lot of people in all the country. 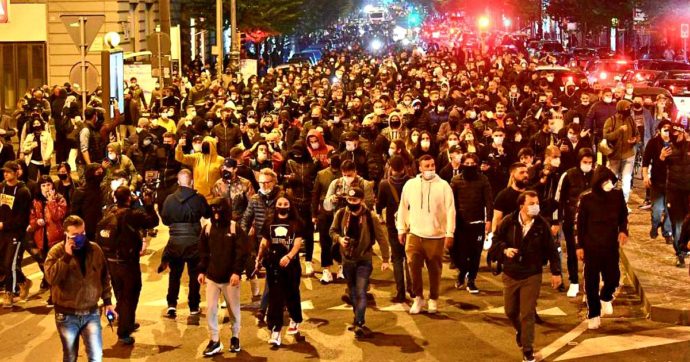 During all this time there’s only one business that really never stopped is the business of welcoming fake refugees, on the contrary soon after the local elections the government has changed the so known ‘Securities Salvini acts.’ Introducing the humanitarian permit given to all illegal migrants transported in the Italian territory by Ogn and various smugglers the formal invitation to get here, various independent little ships from Tunisia came and still are coming to the Italian ports independently, even the kidnapping of 18 Italian fishermen of Sicily by the Haftar militia, the General supported by Macron, as a retaliation for having arrested and taken to court four Libyan smugglers responsible of the death of 49 people on the so called August Massacre of 2015, I’ve wrote a post about check it out. 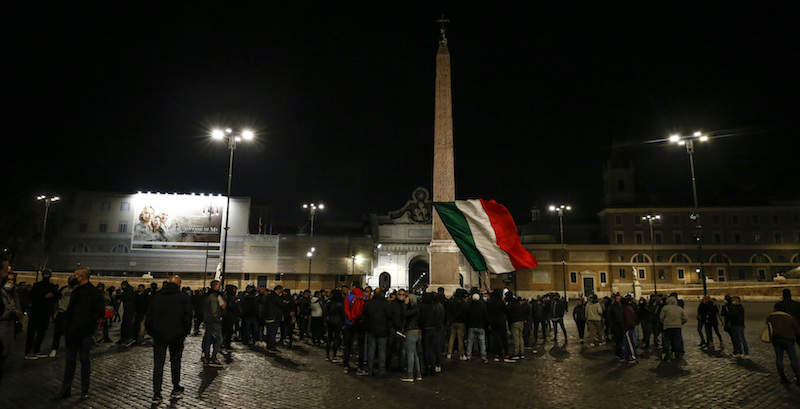 While I’m writing there are ongoing violent demonstrations round Italy, in Rome last night it was particularly hard for the law enforcement to contain the pissed off well organized group of demonstrators, the press associated this to the far right groups but it isn’t even a news, anytime and anywhere the finger was and still is pointed on the ‘Fascist’ groups that infiltrate peaceful demonstrations to create disorder and to provoke the inevitable repression by the law enforcement.

Torino 26 October chronicle of the demonstrations 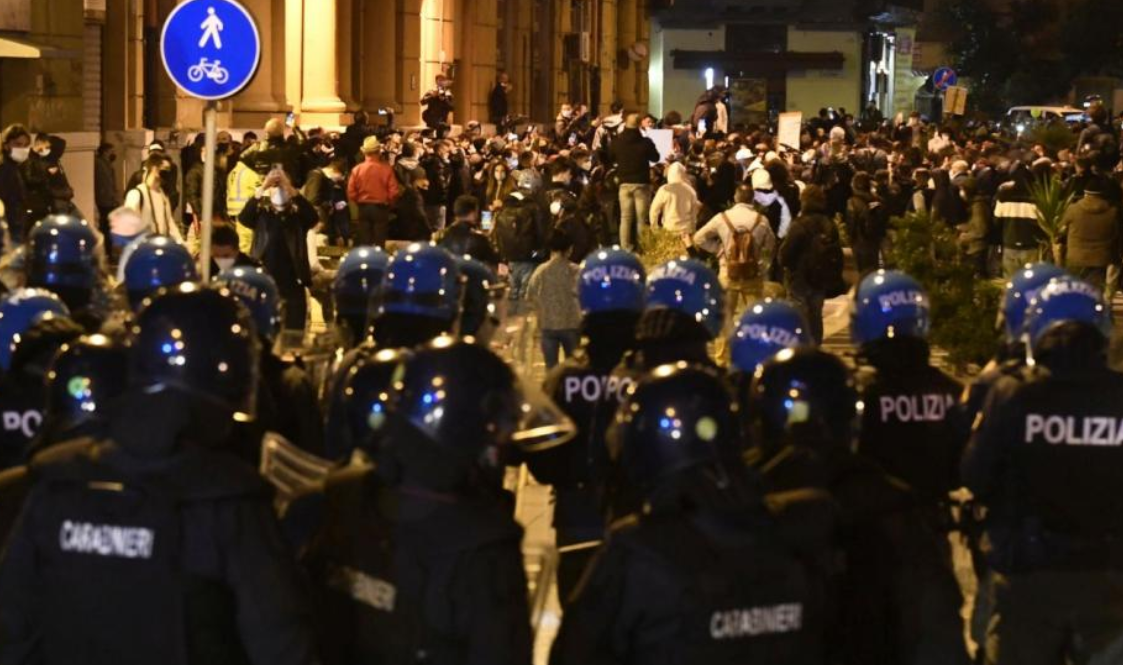 With other friends we catch up at 8.30 pm somewhere in the center of Turin we were almost 30 people plus others who have joined later on even a bit more, from the web we know there are clashes with the police in a central street of Turin that link two big squares, Castello square it’s where there are the Region of Piedmont offices while Vittorio square which its even bigger and close to the Pò river Is the place where the demonstrators had the permission to demonstrate. We avoided the chaotic situation of course, we are not looking for trouble so we took a parallel itinerary to join the Vittorio square, arrived at the square, as said before it is very big as typically in Italy there are association of local small business in a peaceful sit in, there are police vans at every main access to the square and we can hear on the background the noises of the clashes the violent demonstrators are pushed away and reached the main street of Torino, the most exclusive street of the center for the stores and commercial purposes the famous ‘Via Roma’. From the Turin central station there’s a small little park that separate the beginning of Via Roma surrounded by portico on both side, after Bologna Torino is the second city of Italy who have long km of portico and during the night time you can see how in the recent years too many homeless are using it as refugee from the winter cold which in Torino is very hard indeed, via Roma go through three squares, a little one called C.L.N. square then you enter to San Carlo square which is a big one with the typical horse statue, the square where football supporters gather together to celebrate party time then via Roma goes on till Castello Square, the price to pay to hire a business in that area its very expansive of course so the stores you can find out in Via Roma are of prestigious brands. Those violent groups of demonstrators where pushed away and have reached via Roma, strangely there were no one blocking them from entering Via Roma and it is there that the last fight took place, with a looting attack towards some store in particular a Gucci one, the law enforcement in the end managed to arrest some people and came out it was about local antifa plus some migrants too in the end a sort of BLM intervention who misled the mainstream and all the usual commentators who attribute blame to phantom neo-fascist groups which they always ask to be outlawed. Same story in other towns in Napoli on the dock the press put the local organized crime and of course the neo-fascist regardless of verifying the truth, this narrative no longer holds up as when you have demonstration in all the major towns of the country of course it can’t be that the entire demonstrators are neo-fascist otherwise we would have a different political situation of course, the opposition it’s asleep or at least powerless and unheard keep on talking about what should have be done that the government didn’t missing precious time and badly spending public funds on useless things as scooters and school drenches with wheels instead of increasing the public transport to really maintain social distancing, well it’s a good point indeed, but the opposition too it’s aware of how hard it is for any national government to really intervene in this delicate dramatic situation. 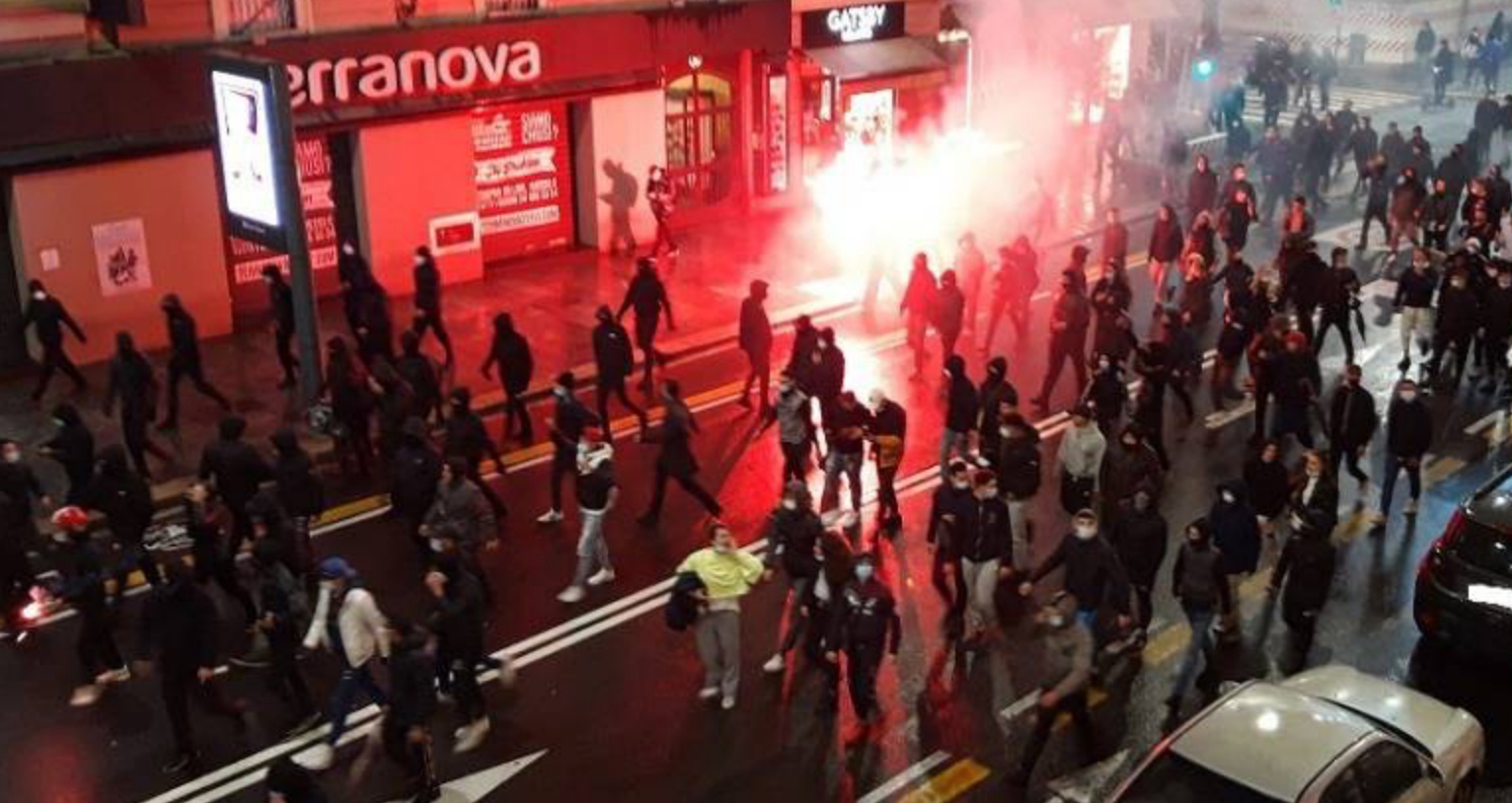 All knows but no one dare to clearly speak up, the point is the same Italy exiting this fake EU getting back its Monetary Sovereignty and with a serious plan of relaunching of the national economy via a central national bank capable of doing what any central banking system in the word does or rather printing money and giving loans to let the cash circulate in the national economy helping straight away those local business that are now early to collapse because of the covid and stubborn blind servants of this fake EU. It is clear that the goal of the doormat ruling class of Italy is to put the Nation on its knees to then ask for the EMS European mechanism of stability which it’s a loan cash on hand bound to specific expenses but substantially means to transfer the economic management and therefore the real government of the Nations to foreign financial organizations, in this scenario it is clear it’s going to be a revolution and the outcome are unpredictable now. After having attended the demonstrations and having read comments on social media of various journalist vip of the left-wing area it is just a solid confirm of how these people keep on distorting reality and are just doing a shameful propaganda, there is no Fascism authoritarian power now in Italy there’s a coalition government controlled by the eurocrats with the help of the President of the Republic and the Vatican State, recently the President of the Republic which is the leader of all armed forces had a meeting with all the Chief Commanders of the various element of the army, meanwhile the close France it’s about to announce a new lockdown it is probable at this stage to prevent further demonstrations that the government soon will follow Macron decision and in that case it’s going to be a dramatic scenario I can’t figure out how bad it’s going to be. 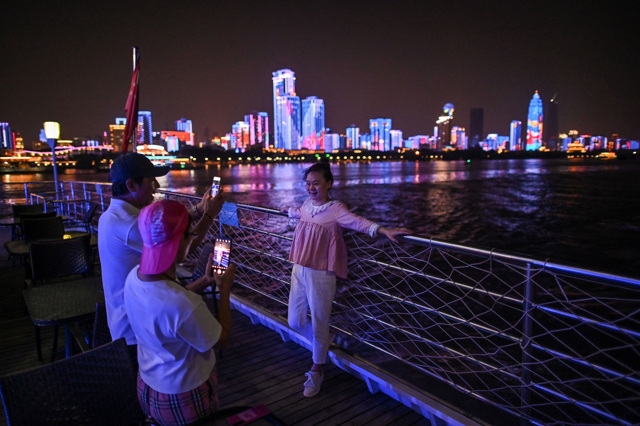 While all the West it is in this situation China have resolved the pandemic situation and seems also they have a vaccine or a valid treatment to cure covid, the Chinese economy is the only one who is growing faster at the moment and appear probable now to many people to think about covid as a sort of chemical weapon used to put the Western world on its knees, there are the American elections and if Trump would be confirmed again it is probable that a military intervention would be on its table ready to go, at the moment the American navy moved from the Mediterranean sea and positioned itself in front of China borders, EU too as invested a lot of money in the last decade on increasing military expenses and in terms of military power it is well equipped too, If this is the third world war well we have just tasted a bit of it, the real one with military movements it’s about to come and as already written on this blog the restrictions, lockdown and curfews were just imposed to accustoming people to a real war scenario that it can be a reality pretty soon, considering Italy M.U.O.S. which allow the digital tele communications of all military navy, drone etc. and other military sites on the whole territory it all explain why Italy was the first country to be hit by the covid, Italy it is a strategic military target no doubt.