Esoteric Buddhism, Grundgestalt, with a touch of Frank Zappa 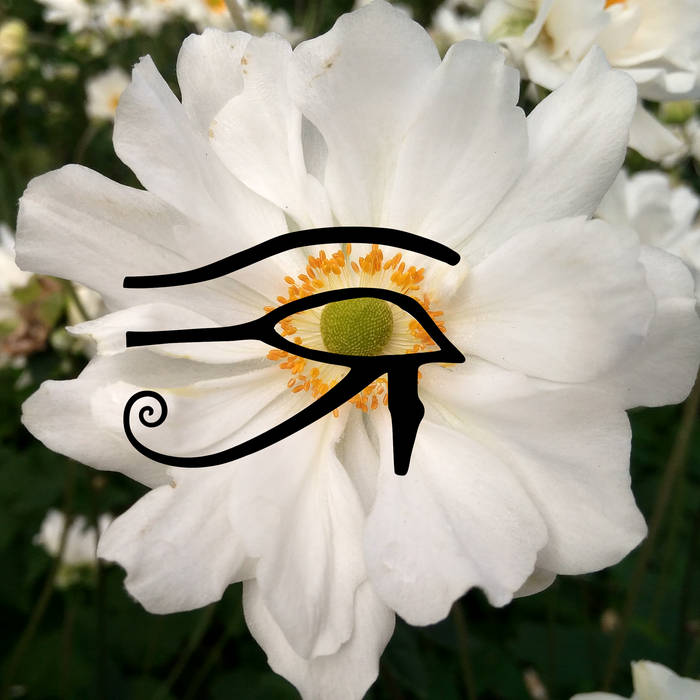 A photo I took at the Leuven Botanical Garden, with an eye of Horus superimposed on it. Photos and composition © Eidon, all rights reserved.

I have been reading a really wonderful book these days — “Il Pensiero Giapponese Classico”, in English: “Classical Japanese Thought”, by Professor Massimo Raveri.

More than a reading, mine is a meditation. I read and reread, and each time I find in those pages a new gift, a new surprise — a new Lotus.

These days I have been captured by Chapters VII.4 and VII.5, respectively entitled “The Mystery of the Voice” and “The Mystery of the Mind”. The underlying topic is the Esoteric Buddhism of the great Master Kūkai (空 海), founder of the Shingon school of Buddhism (“True Word”, 真言). The “true word” is the mantra, and the mantra is more than just a word: Kūkai in fact

“postulates the existence of an “other” linguistic modality, perfect and unconditioned: the shingon 真言 (mantra): the true sounds, the true words”. (Massimo Raveri, “Classical Japanese Thought”) .

I refer to the text just mentioned for further information on this concept. Here instead I want to move on to an idea that immediately caught my attention: the so-called sacred syllables that come to compose the mantras:

They are defined as shuji 種子 (bīja), that is “seeds”, because they “generate” all the letters by analogy. When repeated in meditation they disclose the deepest knowledge of the Buddhas, in the same way that the seeds contain the potential to blossom and bear fruit. (Massimo Raveri, cited work).

Shuji are syllables that contain, as if compressed, divine concepts. The shuji, emitted in one of the “exact” modalities, express the shingon, which in turn enclose in their entirety and express the “words of god” and of the Initiates. Pictures from The Dark Myth (暗黒神話, Ankoku Shinwa), manga by Daijiro Moroboshi. Here, the shuji are “ya” “ma” “ta” and “i”, which create the shingon “Yamatai”. See also the video here.

A first observation that comes to me is that this generative process is a bit like a pipeline of sub-processes.

But more important, I believe, is the fact that these subprocesses are actually all based on the same holon, the “genetic” transformation of a seed into a phenotype. For Kūkai the shuji and the shingon are in fact fundamental forms — “seeds”, genotypic of a generative process that produces revelation phenotypes.

Continuing further in the reading, we learn that this interesting founding concept is not exclusive to Buddhism, and that indeed it closely corresponds to an autochthonous and pre-existing concept of Japanese thought — that of the kotodama (言霊). Kotodama are words that

“contained the essence of the divine entity that they could subjugate, or of the action they designated and could arouse. They were pronounced within an ecstatic rite, and with extreme attention, because it could be dangerous to activate the “soul of the word”: that could awaken its most secret power and unleash uncontrollable forces.” (Massimo Raveri, cited work).

Magic words, then? I think not. My “way” to understand the kotodama is through a reverse path to that of the shingon. I imagine the kotodama as an extreme, condensed synthesis of a truth. It makes me think of mathematical formulas — such as E = MC², just to give an example. We could call this formula as “f”, and it would be a sound with the power of the atom in it. This is because once dissected, processed, updated, the “f” phenotype could take the form of a nuclear power plant or that of a terrorist attack perpetrated with the power of the atom. From what I understand, the kotodama are therefore not mere words, but the arrival points of a movement from the dimensions of the multiple to the dimensions of the One; a process of understanding, synthesis and compression of reality.

Kotodama / Shingon, organized in more complex elements and issued according to precise rules, lead directly to the concept of musical composition. And there is indeed a close link between the Shingon School and music.

The notes themselves can be more than building blocks; they can themselves be formulas, like mantras condensed into One sound, One word, One concept, One soul: kotodama. In a composition generated from that seed, an apparently complex, multiple, structured concept unfolds (reveals, decompresses itself). The kotodama generates it, but it is also proof of the simple synthetic form it can take. It is the small crevasse from which the impetuous river rises, and its development, like a maṇḍala, allows us to visualize its path, the whole but also its origin. 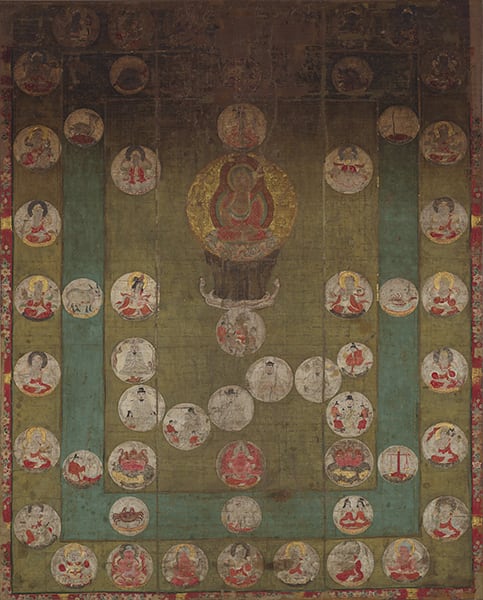 “Star Mandala at the Kumeidadera Temple”. The Kyoto National Museum.

In its unfolding, the kotodama gives rise to a construction which consists of other subsidiary, phenotypic “bricks”. And utters other “complementary bricks” through their absence.

In all this, the executive practice is fundamental, because it represents the resilience of the phenotypic construction process. The healthy body generated by a Mother is a miracle that requires a precise, predetermined succession of elementary steps. Steps also encoded in the same genotype that is materializing within the phenotype. Which can be represented again through the kotodama “f”, for example.

If I say “f”, what happens in the listening minds? It depends on how much those minds have built within themselves. If the understanding is complete, and if my pronunciation is correct, the miracle of development takes place: “f” becomes for example the concepts I am expressing in these posts.

Mind — the process of interpretation and development, f; and

The dimension of the kotodama, as well as of the shuji, is therefore that of synthesis — that of the passage from the multiple manifestations to the single law that regulates and summarizes them all. They are the most intimate understanding of the manifold — the utmost perfection and most succinct elegance. Uttering “f” already says everything there is to say — of course, if the recipient has made the right reading mechanisms their own. The meticulous precision of the interpretative dictates of the shuji symbolizes the underlying algorithm, that f function I was talking about here. Moving away from the “norm” is wrong in this case because by distorting the f one arrives at very different, distant, unexpected, potentially misleading, concepts.

Shuji, shingon, and kotodama “speak” of decompression, of a passage from potential to act. This potential is already contained in these seeds regardless of how it will actually manifest itself. Depending on the humus in which it will be placed, the shuji genotype can generate a thousand phenotypes, a thousand different materializations of the same concept.

It is therefore understood how the dimension of the phenotype, the physical world, can be considered as a “vulgarization” of the genotype, a bit like it is vulgar that a concept be taken as true (resp. false) without a personal meditative process of understanding leading to its acceptance (resp. rejection). The unitary and independent elegance of the genotype is expressed in a list of phenotypic details that make you lose sight of the whole.

It is the seed the truth, the power, the uniqueness, the blueprint, the monad — the Grundgestalt. As a child gets lost in front of the list of components from which, for example, a car emerges, so often we get lost when we observe the sensitive, floating, illusory world, made of matter which in reality is mainly made of emptiness. 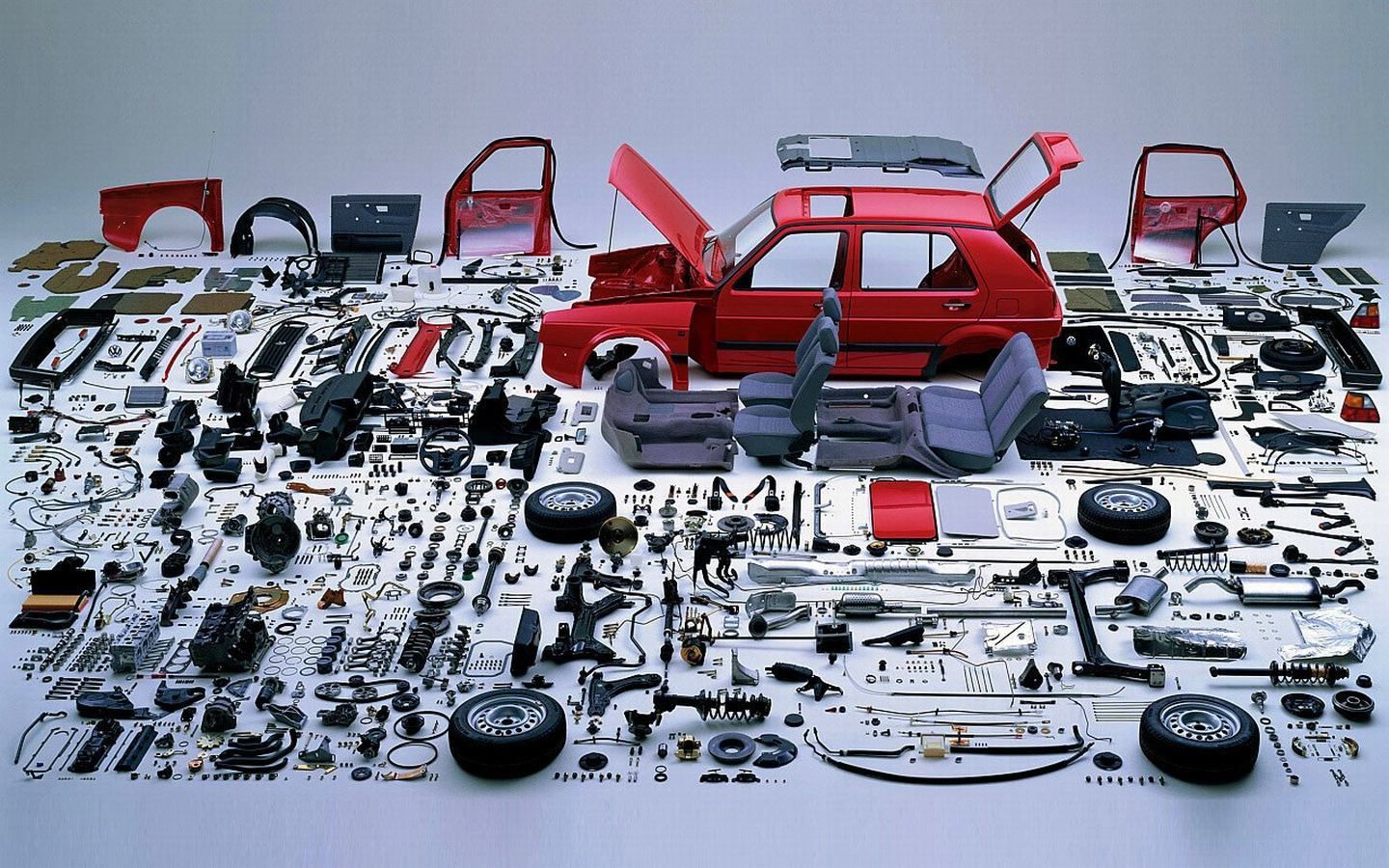 One more quote from Professor Raveri:

The Three Mysteries pervade the entire universe adorning the maṇḍala of endless space in glory. They are painted with brushes from mountains and ink from oceans. Heaven and earth are bindings of a sūtra that reveals the truth. All things in the universe are reflected in one point. The holy book is contained in the data of senses and mind, it is open or closed depending on how we look at it. The sun and the moon shine in space and on water, undisturbed by strong winds. Good and evil are relative in His preaching. The concepts of “I” and “you” are erased and forgotten. When the sea of ​​our mind becomes serene in the wisdom of deep meditation, He totally reveals himself, like flooding water”,

© Eidon (Eidon@tutanota.com). I would like to condense these strange ideas of mine into an overall text, for which I reserve all rights of dissemination and publication.

Let me conclude with the Word of Frank Zappa. And his Word is “Big Note“:

“Everything in the universe is ... is ... is made of one element, which is a note, a single note. Atoms are really vibrations, you know, which are extensions of THE BIG NOTE ... Everything's one note . Everything, even the ponies. The note, however, is the ultimate power, but see, the pigs don't know that, the ponies don't know that ... “