I'm delighted to be able to announce that nocoVision has kindly written a post about my latest three albums!

The post is here (with copies here and here).

I'm truly grateful to nocoVision for their consideration of my work!

A Fediverse friend contacted me yesterday. They had listened to one of my algorithmic compositions and told me “use this in something”. “this” was given by two URLs: https://oeis.org/A342585 and https://youtu.be/_AOGsnH3UCs.

The first link led me to a page of The On-line Encyclopedia of Integer Sequences (founded in 1964 by N. J. A. Sloane) — the page describing inventory sequence “A342585“:

The page also provided links to interesting plots, such as Rémy Sigrist's “Scatterplot of the first 10^8 terms” of the sequence, which made me think of so-called permutation numbers I had studied years ago. I immediately decided to follow my friend's suggestion! I wrote a tiny program that fed my generative engine with strings such as A(0)A(1)...A(n), where the argument of A() is the corresponding number in A342585.

The thing that I found particularly intriguing is that the procedure generating the sequence emitted zeroes with a certain frequency (at first, zeroes are the most frequent numbers; later on, other numbers become more frequent). Now, zero has a special meaning in my own generative engine: it is the code of the only “bad card” in the game that my engine simulates. This means that the behavior of the game (and thus, the music generated by my engine) would exhibit two “trends”: a regular one, when a non-zero was found in A342585, and an irregular one, when a zero was found. In other words, the fate of the game would only change when a zero is found in A342585. In musical terms, when the new input string has a non-zero A(n), then the “music quantum” generated by my engine would be very similar to that generated from the previous input string.

I did some experiments and found out that the generated music was particularly interesting when n was between 18 and 28. In that region only two zeroes were part of the sequence, which leads to simulations that produce much stability with occasional trend changes. More importantly, the stable “episodes” produced in the [18, 28] region were good to my ear.

The result was manually adjusted by cutting off some music at the beginning; orchestrating the midi file generated by my engine with soundfonts for acoustic bass, marimba, celesta, kalimba, piano, oud, and percussion; and adding a bass fragment at the “new beginning” and at the end of the piece.

I hope you will enjoy the result as much as I enjoyed “playing” with A342585. My thanks to Gav for their wonderful suggestion! 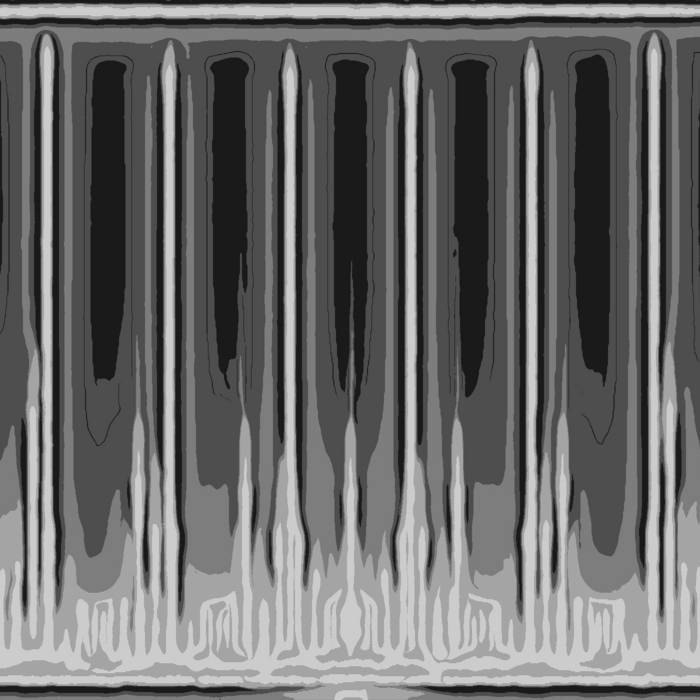 Picture: “distances between permutation numbers of 01234567”, processed with G'MIC filters. Used by permission.

“The word 'Algebra' comes from the Arabic: الجبر, romanized: al-jabr, lit. 'reunion of broken parts, bonesetting' from the title of the early 9th century book “cIlm al-jabr wa l-muqābala” “The Science of Restoring and Balancing” by the Persian mathematician and astronomer al-Khwarizmi. In his work, the term al-jabr referred to the operation of moving a term from one side of an equation to the other.” (Wikipedia)

Not only al-Khwarizmi coined the word algebra — his name gave origin also to “algorithm”! We really owe so very much to this Arabic mathematician...

“Al-jabr” is indeed the result of a reunion of spurious parts provided by a Steinway D piano, assorted Arabic percussions (darbuka, riq, etc.), and Rickenbacker bass (plain and “treated” with various effects; kindly lent to me by dear friend Jan). The whole emerging from those parts is a minimal piece. Surprisingly, at least to me, is the fact that I had not decided to write one such composition. The piece wanted it thus. Sometimes I feel more like a midwife than a composer...

The piece is available 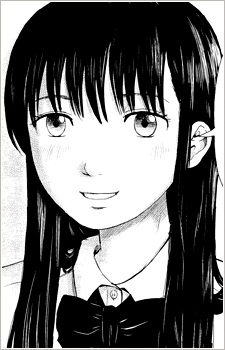 A couple of years ago I wrote an album called “Les Fleurs du Mal”. despite its title, that album is NOT dedicated to Baudelaire's famous collection of poems — rather, it proposes pieces inspired by the manga 惡の華 (“Aku no Hana”, that is “The Flowers of Evil”), by Oshimi Shūzō.

So far I have posted three pieces from that album. This is a fourth one, called “Saeki”, as one of the dramatis personae of that manga. The video is given by the first scene of “Nosferatu – Eine Symphonie des Grauens”,

“a 1922 silent German Expressionist horror film directed by F. W. Murnau and starring Max Schreck as Count Orlok, a vampire who preys on the wife ([Ellen, interpreted by] Greta Schröder) of his estate agent (Gustav von Wangenheim) and brings the plague to their town” (Wikipedia)

The tragic figure of Ellen, and her utmost sensibility, led me to the present association with Nanako Saeki. If you read the manga, my guess is you're going to understand why.

The video is on my #youtube channel, https://www.youtube.com/@eidonveda, at https://youtu.be/GUYRfzjA91k:

Thank you for taking the time to check my work out!

This is “フラグマー 1” (”Furaguma I”), an algorithmic piece based on a compositional approach that I called Wohlgestaltete Komposition. It is a hybrid process, in which machine and man cooperate. In a nutshell:

I refer to the overall selection of μQuanta in a piece such as “Furaguma I” as to “the Grundgestalt of Furaguma I”.

In fact, the term “Wohlgestaltete” means “well-shaped”, but it's actually a reference to the above process of selection of μQuanta that shape up the piece by defining its “basic form” — its Grundgestalt.

When time allows, I will write a paper describing the Wohlgestaltete Komposition. I would appreciate it very much if you would have suggestions regarding possible target journals. Thank you!

Comment about Mi 75 “One of the challenges in sorting out the fragments from Mi 75 is that the scriptorium seems to have a rather casual attitude to ruling – two pages of the same leaf can have different writing space, and the columns may be of different widths. Lat. fragm. 896, 1-4 are related to Mi 75 through initials, pigment and parchment, but differ in scribe, music scribe and format. Still, the scribe seems to be imitating the main scribe of Mi 75, and may therefore have collaborated on the same book.”

Let me share with you my latest work and video:

I called it “euqinacèM” (”Mécanique” read in reverse). That's because it is basically a Dada xenochrony based on the famous experimental short “Ballet Mécanique” played in reverse — from its last frame to its first. I sped up the video to 64.58fps, and then mixed my newest composition, “Gohachi”, with it.

I found the result truly surprising! Especially when you consider that I composed the music without considering to use it as I did. In the end, as Don Preston says in “200 Motels,” it looks like “Whatever I mix... is irrelevant... to THE RESULT!” 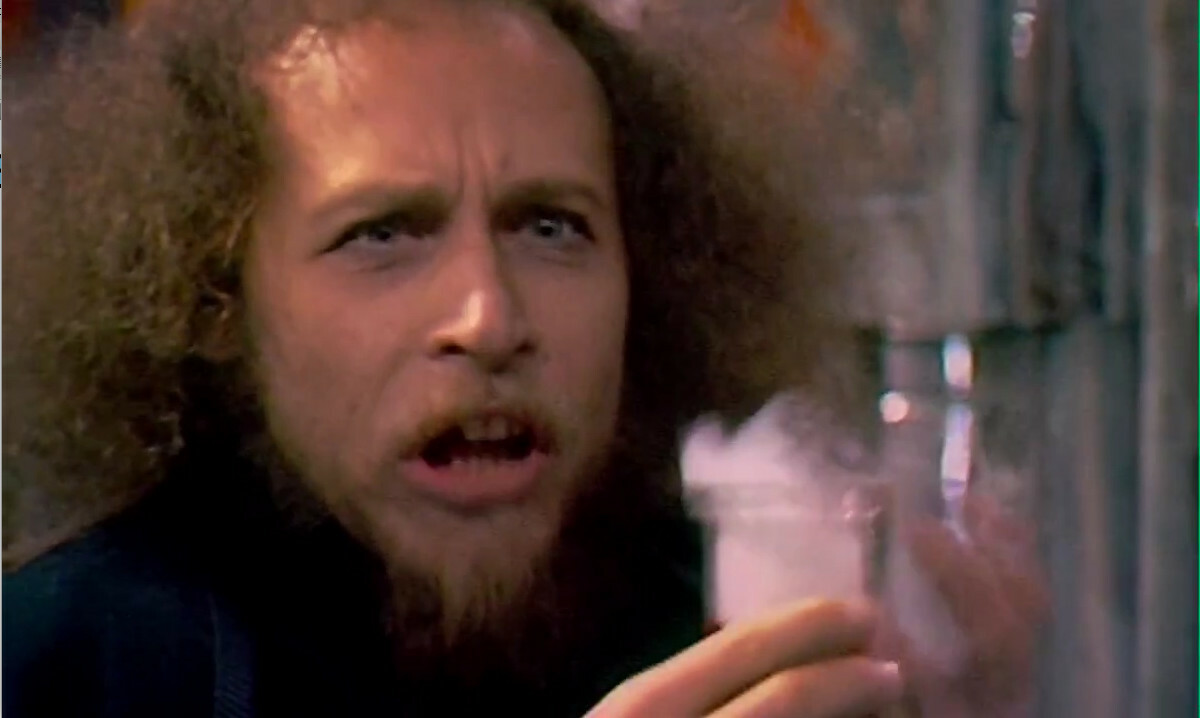 ...I wonder what Frank would have thought of my little Dada meta-experiment....

And I'd love to hear your opinion!