Every time you go back to a story, you experience it in a slightly different way. I've recently re-watched the anime saga of Fate/Stay Night (Fate/Stay Night, Fate/Stay Night Unlimited Blade Works, and Fate / Zero). I've enjoyed very much the chance to meet again its heroines and heroes, though this time my attention has been caught by the characters known as homunculi.

Homunculus is an interesting concept. The term was introduced by Thonis van Leeuwenhoek, known as the Father of Microbiology and the first to observe spermatozoa. He was also the grand developer of preformationism, in turn derived from some (weird) ideas by Pythagoras and Aristotle. Preformationism states that all beings are the development of preformed miniature-versions—the animalcules. Homunculi were human animalcules—genotypical counterparts of men and women.

Modern people tend to ridicule concepts such as preformationism, especially when popularized with images such as this one:

Homunculi is a borrowed word in Fate / Stay Night. It refers to artificial beings created by a family of mages. Born not of a woman but of an alembic, these beings are characterized by a limited lifespan and absolute devotion to their masters. Used as cannon fodder, as source of mystical energy, as lab rats, these beings are sentient and self-conscious—they think, they suffer; they love. Regrettably, they are the unsung victims of abuse and selfishness.

The short lives and the deeds of these human beings—perhaps more fit to be called human than ourselves—has been my focus in my second tour around the Fate / Stay Night saga. My attention was on them, to me the true protagonists rather than appearances of this play. And, among them, the character with whom I sympathetically bonded the most has been アイリスフィール (Irisviel, the rainbow veil).

Some other time I'll tell you why, in case you're interested. For the time being, it shall suffice to say that I wanted to be the one to sing of these heroines and heroes, and in particular to sing of her, Irisviel.

The Irisviel track is by Eidon and © Eidon (Eidon@tutanota.com). All rights are reserved.

The snow creatures that appear in the video have been conjured by Sandro. 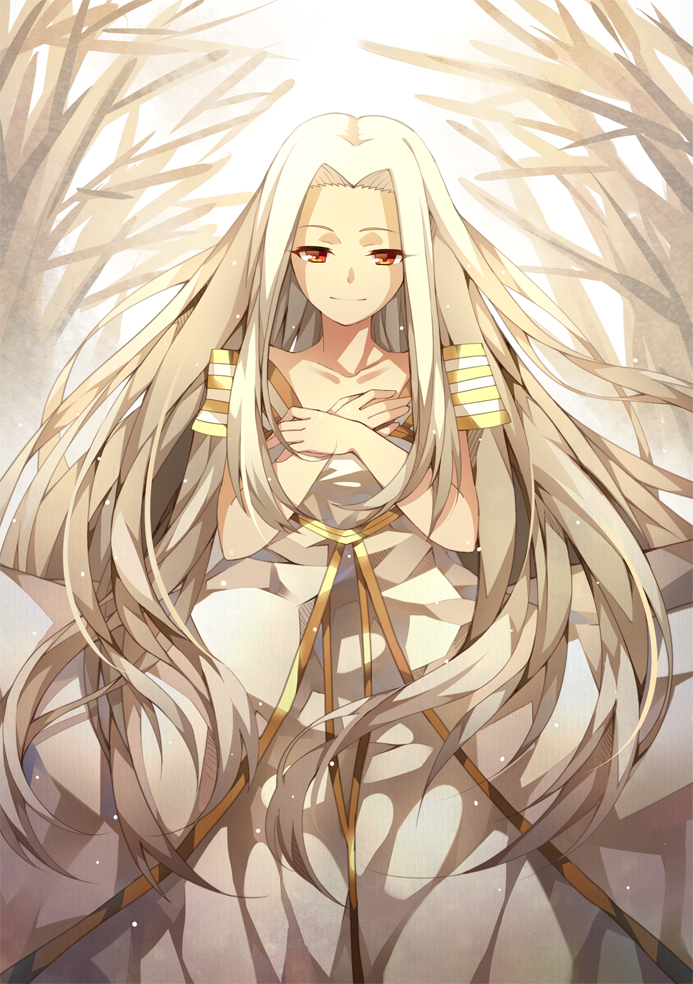